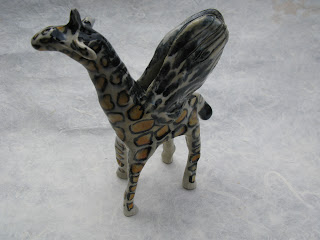 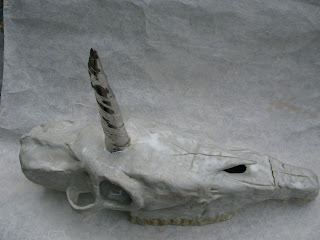 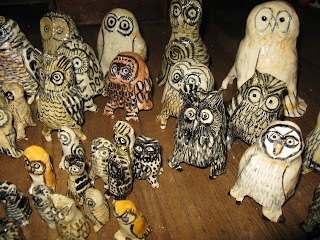 I am so excited about art right now I have decided to make 10,000 owls. It will take me all year. I am also going to make a bunch of other stuff of course.....and NCECA is coming up soon.
I am curating a show at Fancy called Cascadia Now!! That I hope will be successful. It is in March for NCECA. It is a group show with a theme of regional independence in a future society. I'm leaving it up to the artists to interpret it however they want. There have been books written on Cascadia, and there is even a description in Wikipedia. So the idea is certainly not new. My idea was that when the US started off, there were only around 3 million citizens or so, and the state of Washington alone has 8 mil. There are lots of countries with smaller populations and since we share common politics, environment, and culture with our southern and northern neighbors it is only reasonable tat some day this region could become a nation.
Posted by Aaron Murray Arts and Crafts at 9:12 AM