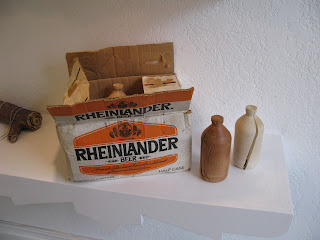 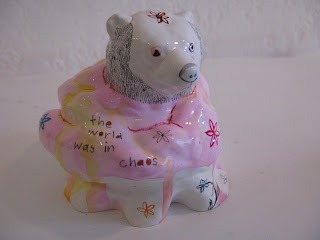 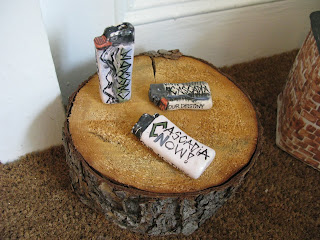 This month features Cascadia Now! at Fancy. Fancy's owner and fellow UNT (North Texas) alumni Sally Brock allowed me to curate an exhibition of art for the NCECA conference. NCECA is an annual ceramics extravaganza held each year at a different location around the USA. This year the conference is in Seattle and it's theme is "On the Edge". The National Council for the Education of Ceramic Arts hosts numerous exhibitions, informational sessions, art shows, and lectures by artists from around the world. It is THE place to meet, and learn from other ceramic artists and educators. So this month I was able to put together a small show of regional artists from CASCADIA.
My original idea for Cascadia Now! was to make a show of regional artists with their own interpretation of what a Cascadia could look like. Cascadia, according to most interpretations is mainly the northwest corner of the US and part of Canada which includes Northern California, Oregon, Washington, British Columbia, and may or may not include parts of Montana, Idaho, Alaska, and the Queen Charlotte Islands. The book Ecotopia talked about a Cascadia,many separatists,environmentalists,small government advocates,websites,blogs, and even wikipedia have written about it.
I was thinking about the original thirteen colonies and how less than 5 million formed what became the USA and thought that if our country ever fell apart, we could re-form a nation here in this region, because Washington State alone has 8 million people and the people north and south of us generally are similar in culture, appearance, and politic. Who knows if it will ever happen, certainly I hope not, because I do love the USA. For this show I thought a lot about souvenirs so I created Cascadia lighters from porcelain and other light bodied clays. 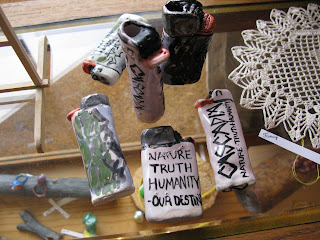 I also created some functional ceramic banks. These are in reference to the current upheaval surrounding WALL ST and the movement of the 99%ers. I made a Bank of America, Chase Bank, and a Citibank. By the way, although the images are striking, I DO NOT ADVOCATE setting things on fire, because of the danger it poses to WORKERS, who are just innocent people trying to make a living. I made these banks with the hope that people may find ways to save money by keeping it at home stored safely inside a sculpture. 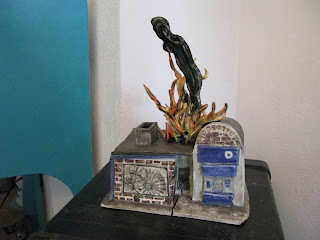 Seattle artist Charles Krafft created a convincingly real-looking plate with an open switchblade knife and drips of red stain that looks like fresh blood. On the plate is a flag and a insignia for the Northwest Volunteer Army. Charles is known for his china painted sculptures, disaster ware plates, and his link to the Northwest Mystic painters. 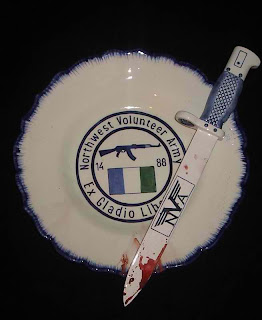 Chris Theiss and Kristen Loffer Theiss are an artist couple that reside in Skagit County. For the Cascadia theme, Chris made a interesting slab built construction of a table, 2 chairs, a bowl of fruit, with a hanging chandelier above. The work itself functions as a vase. Chris uses a sgraffito method to etch detailed images into his forms. Kristen, a needlework artist, made fine detailed embroideries of iconic northwest creatures. Among them: a squirrel, an owl, and a small wren. 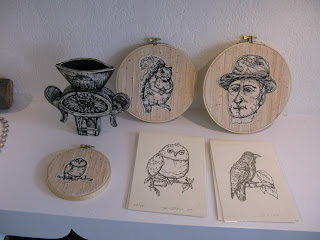 Matthew Cox, of Ellensburg made cans cast from liquid clay(slip). He then took the pieces in a leather hard state, where he shot them full of holes with a rifle. The playful execution of the work, evokes images of the old west, where gunfighters and cowboys ruled the land. Matt also made some beer bottles, otherwise known as "stubbies", out of wood and even included them in an old cardboard Rheinlander Beer case. 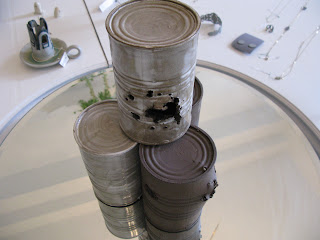 Zoe Garred, a designer and artist from Portland, made functional lamps that resemble styrofoam floats in both shape and color. These float lamps are reminiscent of many floats found around the sea-side port towns that dot the Northwest Pacific coast. The works are well crafted and pleasantly designed. 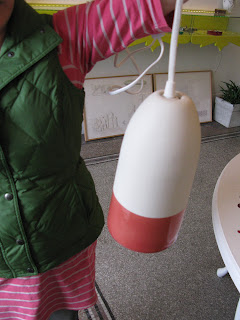 Claire Cowie, for this show created numerous bear sculptures out of resin (see top). The sculptures themselves resemble porcelain, and the only way to tell that they are not is by picking them up. The bears are in various upright poses, lack definitive body parts, but have fine details painted on the surface. The details include various colors, suggested texture, attributes, and various phrases. There seems to be some sadness evoked in the bears expressions, the eyes especially; however the words chosen seem to yearn for a bright future and "harmony between the seen and unseen worlds"

Garth Johnson of Arcata, CA and extremecraft.com made an incredible urn. 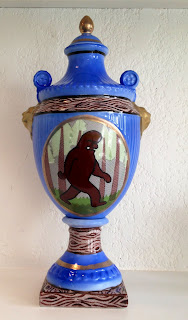 It depicts a sasquatch -like creature walking through a stand of tall trees (redwoods?).The title of the piece implies that perhaps this is a souvenir from Cascadia. The urn has characteristics similar to Victorian era porcelain, the kind often seen in museums and antique shops. It features use of decals, overglazes, and lusters in coloring and detail. Garth is also speaking at the NCECA conference on Friday.

Jeffry Mitchell, a Seattle ceramist and sculptor, made a terrific sculpture for this exhibition. It has a bear riding on top of another bears shoulders standing on a landscape, with a bough of a tree standing next and bare ground underneath. The entire sculpture is glazed in a semi-opaque brown glaze. Various stains of green and blue appear as accents. The bears speak of love between men. 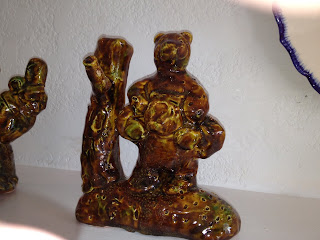 Kate Greiner (Murray) made a quilt for the show. Quilting, like ceramics is a process orientated art, that can be either functional or decorative. Kate used over 300 triangles out of dozens of fabrics to create a picturesque landscape of Cascadia. There are mountains, trees, a sea, and a bright sunny sky. Though originally a painter, she is making a seamless transition into quilting, and much like her paintings these quilts reflect on visions of a colorful and varied textured world.

All of these artists came up with something that they felt fit the theme of "Cascadia Now!". Sally Brock was instrumental in finding many of the artists for the show, and with her hosting, I give many sincere thanks.
The Closing Reception for Cascadia NOw! is Friday, March 30th from 6 to 9 PM. It is at Fancy. Fancy is located at 1914 2nd Avenue in Seattle. www.fancyjewels.com
Posted by Aaron Murray Arts and Crafts at 8:01 PM

Greetings, we are the proud owners of a few of your "Trading Card Sets" and a ceramic Bell and Pipe. We just opened one set of your trading cards this morning and were treated to a WONDERFUL miniature Art Show. You artwork is in a "Box" called Treasure Trove, in our house. There is no real box. I am glad we found you and we wish your were still at the Market. But, we would like to purchase more of your artwork. Blessings your way!

Thank you Sandi and Richard. I do miss the market. I stopped making the trading cards a couple of years ago, but am glad that people still enjoy them. Mostly I am making things from clay these days. The show listed above is at Fancy on 2nd avenue near the Moore Hotel, and I also sell some things at Far 4 home decor on 1st ave, near the art museum. Thanks for friending me and commenting here. Many blessed returns....Aaron