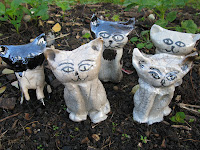 The Hot Catz are a group of cat characters that were first developed about 6 years ago.
The Hot Catz theme was further developed as I began depicting them on cups and bowl in various scenarios.  Hot Catz in space, Hot Catz Interview, Hot Catz in Hatz, Hot Catz on Film, were a few of many ideas I developed for them.  I also made relief block prints, some comic strips, and many drawings for this theme.
Previous to the Hot Catz explosion, I had made a few cat figurines that I mostly sold in Occidental Park during 1st Thursday Art Walks, or at Pike Place Market.   This year I decided to re-explore cats through pinching and by using and altering extruded forms.  This lead to the creation of new bodies of work. 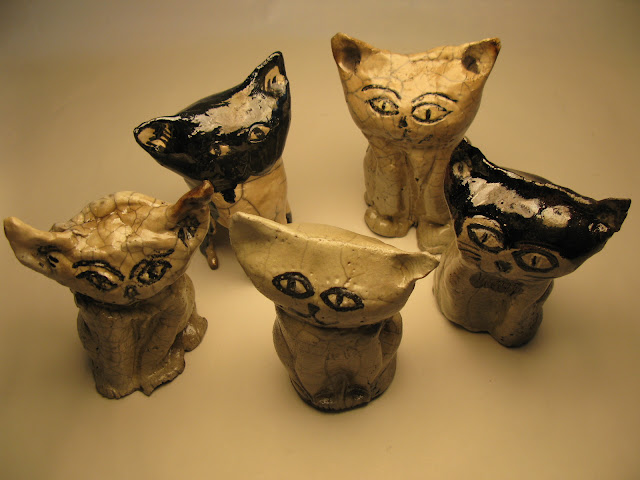 The Raku firing process is full of excitement and pleasantly surprising results.  I fire these at the Kirkland Art Center in their clamshell Raku kiln to about 1900 degrees F. 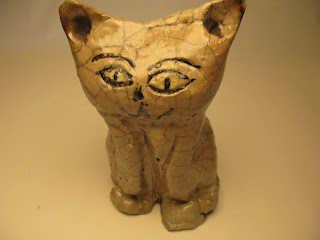 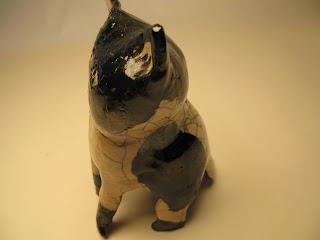 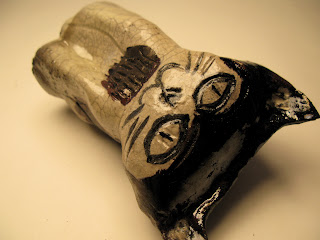 Most of the extruded cats will be high-fired.  They become waterproof and non-porous at those temperatures.  Three new high-fired cats are depicted in the photo directly below. There will be brown, black, white, gray, spotted, yellow, and tan Catz. 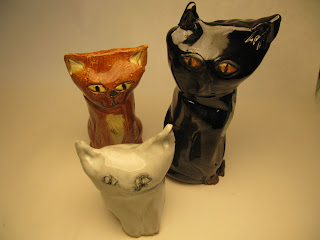 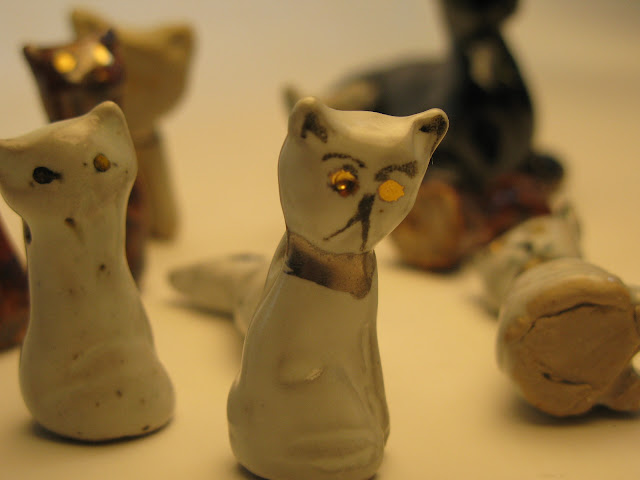 These cat pendants are also fired high (cone 10) They are pinched from white stoneware.  They are glazed with opaque glazes, with stains used for attributes and a gold over glaze on the eyes.  These cat pendants can be found at Fancy in Seattle. 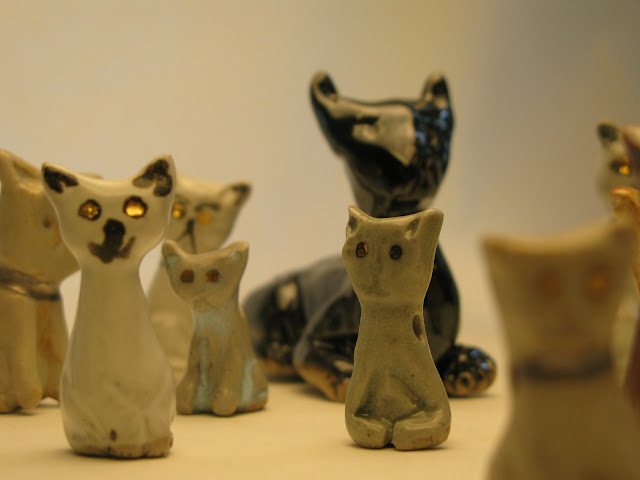 I made a series of extruded cats using a black clay body called Midnight Black.  It fires pretty dark at about cone 4.  I glazed them in a clear gloss and accented their eyes with underglazes. 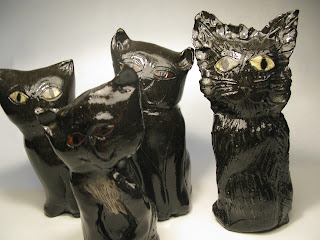 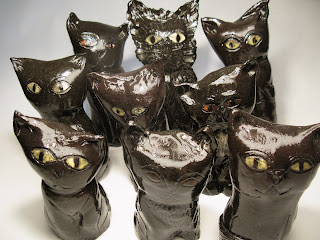 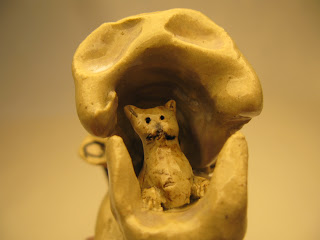 The Hippocats are an extension of the Hot Catz.  The cats and the hippo live symbiotically. 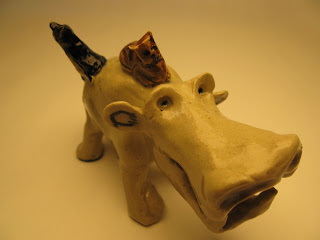 And of course I had to make some more Hot Catz dishware.  This is a series of cups.

Posted by Aaron Murray Arts and Crafts at 2:18 PM